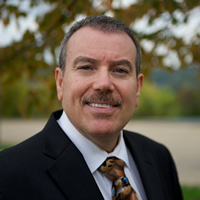 Dana was born in Erie and raised in Pittsburgh, and began working in the family-owned construction company while in high school in the late 1960’s, where his parents instilled in him from ‘day one’ two basic company philosophies; “tell the truth” and “call people back”. Armed with this simple mantra, his ‘new’ career path in the mortgage lending industry took off in 1994, leading to forming his own mortgage company Landmark Financial Group in 1999, before joining forces with David and Jonathan in 2010 and forming Holland Mortgage Advisors.

In the summer of 2019, he felt it was time to sell his ownership stake of the business and relinquish the day to day grind of ownership, and simply close loans for his cherished group of loyal agents, past clients, friends and family, for as long as health and God allow! He is particularly proud of his repeat customer base, many of whom refer their family, friends and co-workers which is a testament to the basic tenet infused in him from an early age. Dana subscribes to the Golden Rule and continually strives to “treat people the way (he) wants to be treated” and has received the 5 Star Mortgage Professional Award nine consecutive years since 2011, which is proof positive of his knowledge base and personal touch, as less than 2% of mortgage professionals in the Pittsburgh area receive this award yearly.

Dana and his wife Julie live in Peters Township and have been married for over 30 years now. They have no children, but numerous philanthropic causes that are near and dear to their hearts (Family Hospice & Juvenile Diabetes particularly) and enjoy cooking, entertaining, travel, and golf.

Copyright © 2021 Holland Mortgage Advisors. Licensed by the PA Department of Banking. NMLS # of 139164